The universal duplex laminator Bobst CL 850 D for the production of flexible packaging is installed in the printing house Polygraphoformlenie (St. Petersburg). »

On September 17, at the printing house of MAU “IC“ Norilsk News ”(Norilsk), with joint efforts of engineers from Manugraph concern and Vneshmultigraph company ECOLINE web offset printing press was put into operation. »

On September 17, at the printing house of MAU “IC“ Norilsk News ”(Norilsk), with joint efforts of engineers from Manugraph concern and Vneshmultigraph company ECOLINE web offset printing press was put into operation. The printing press consists of one 4 + 4 tower and 1: 2: 2 BK folder. This is the first installation of such line in Russia and the CIS countries.

A distinctive feature of the model is compactness and small size. The printing tower on the basis of a single wall has a 4 + 4 color and a height of just 2.6 m, which allows installation in production rooms with ceilings up to three meters. In addition, the compact dimensions provide convenient machine service on one level, as well as a quick transition from circulation to circulation without loss of print quality and minimal waste. ECOLINE is ideally suited for short-run production at speeds up to 25,000 prints per hour.

The newspaper line includes a 1: 2: 2 BK folder with the third fold device. The folder has a reliable design that allows you to work with paper with a density of up to 100 g / m2 and a folding accuracy of ± 0.5 mm. 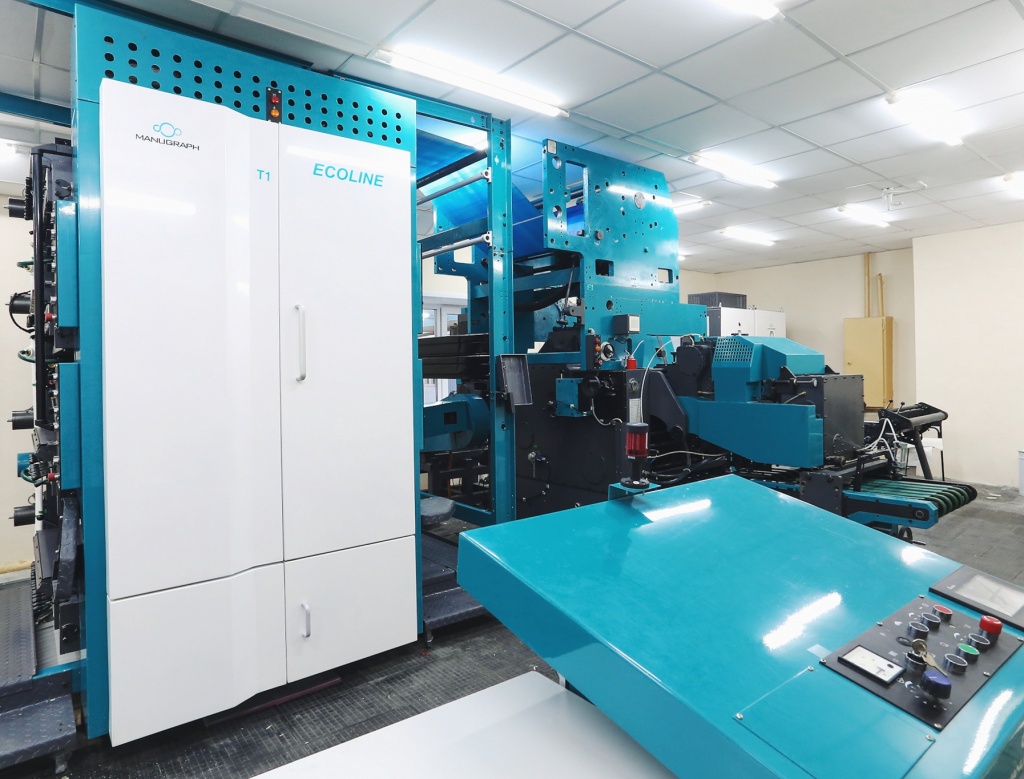 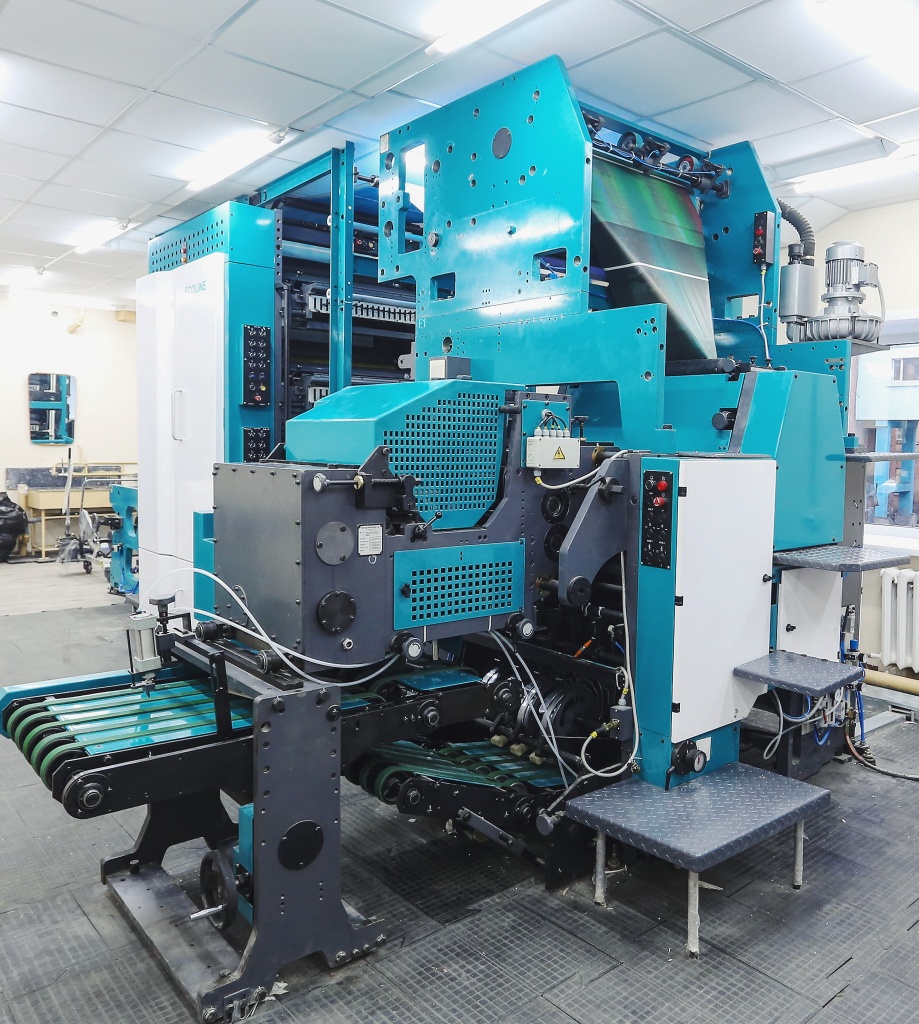 The Municipal Printing House and Publishing House of MAU “IC“ Norilsk News ”is a company with a history that for 65 years has been producing a city newspaper with information about the life of Norilsk. Over time, “Zapolyarnaya Pravda” newspaper became the only print publication in the city. That is why it was extremely important to prevent stoppage in production. The purchasing and installation of a new ECOLINE machine was an important stage in the modernization of the city printing house and the development of Norilsk as a whole. As a result of the discussions, it was decided not to separate the publishing house and the production. According to the design, the new printing press was to occupy the place of the old one, which has been working for a quarter of a century. And for its implementation in the production room of the printing house, foundation strengthening, redevelopment and repair were needed. All this became possible thanks to the coordinated work of the printing house staff, city authorities, as well as partners of Norilsk city. Now the municipal newspaper “Zapolyarnaya Pravda” will delight its readers with full-color pages. 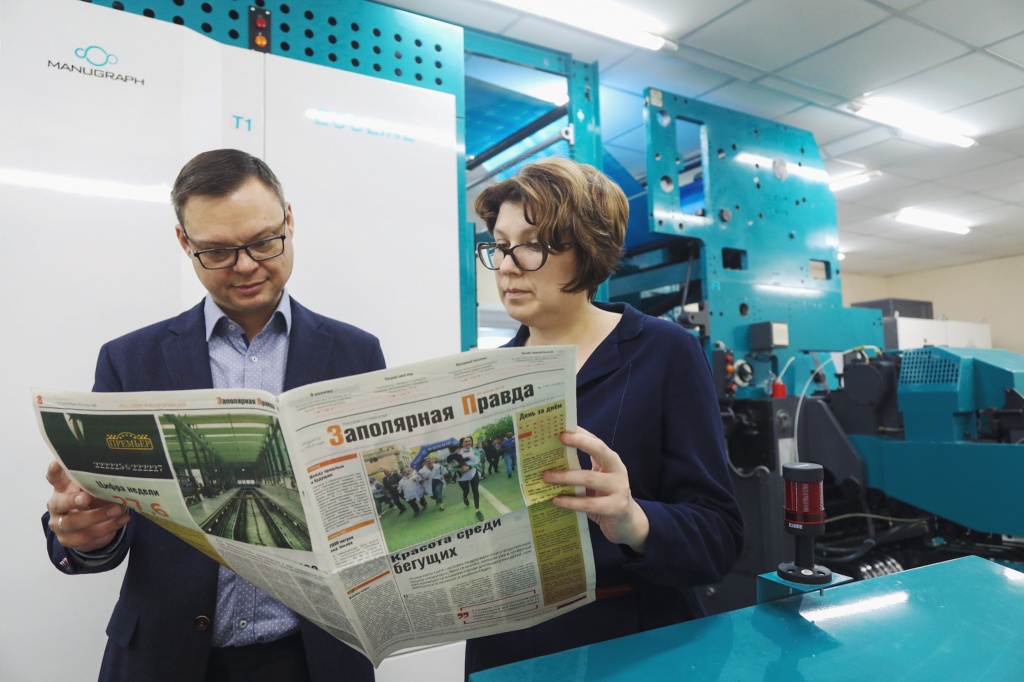 On September 18, the festive start of the new ECOLINE printing press took place, at which the first persons of the city wished the staff of the printing house of MAU “IC“ Norilsk News ” fruitful work and left their autographs on the first copies of the newspaper“ Zapolyarnaya Pravda ”. 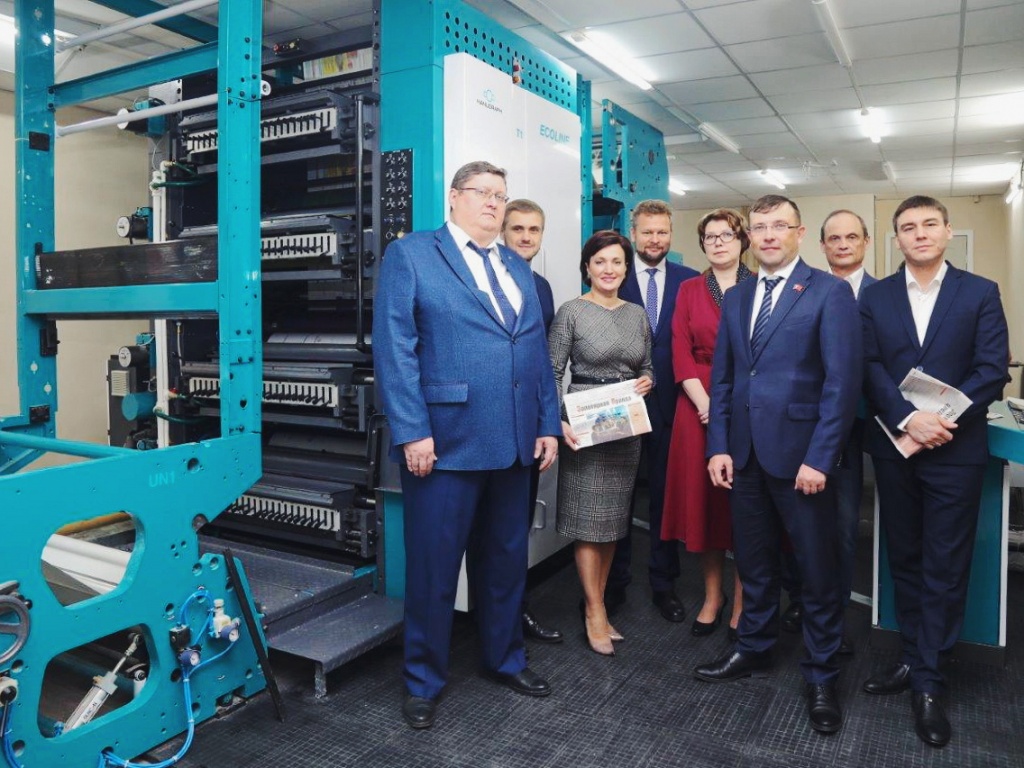