Next gear for converting

Located in Northern Italy, Veronapack is a converting company founded in 1989 that started its business producing high-quality partitions in selected corrugated paperboard. »

“Media-holding “ERNUR” is an emerging company on the newspaper-printing market. This company can boast of prompt increase in the newspaper production and as a result in new web offset machines installations.

In 1904 wonderful Russian battle painter Vasily Vereshchagin made a stopover at Voznesenskaya station on the way to the Far East. At that time Vasily couldn’t imagine that soon the station would be renamed in his honor. Subsequently, a workers’ settlement became a small town Vereshchagino, Perm Region, where in the end of the century a private printing house “Pechatnik” started its operating.

Following the nomination as finalist in the shortlist of the 2014 Label Industry Global Awards, GIDUE is proud to announce that it has been awarded with the Label Global Award for Innovation for the Digital Flexo Excellence™ Project, the latest revolutionary technology launched by GIDUE for the Labels & Packaging industry.

Geography of printing equipment deliveries of the company “Vneshmultigraph” is extended with a new address in Central Asia. Cityline Express printing machine is installed in the largest newspaper and magazine printshop in Uzbekistan – PPJSC “Sharq”.

One Way Vision – is a perforation polyvinylchloride self-adhesive tape for solvent and eco-solvent ink printing. 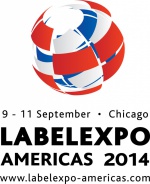 VMG Label invites to visit the exhibition Labelexpo Americas which will take place in Rosemount from 09th till 11th September, 2014.

"Arguments and Facts" signed up for newspaper printing competition

Russian printing holding VMG Group – the organizer of the Open Professional Printing Competition “Sanat”, and publishing house “Arguments and Facts” have achieved a partnership agreement, according to which the most popular periodical in Russia, weekly publication “Arguments and Facts”, became a General information sponsor of the event.

The second for help

A new stacker TPE 925 has been recently installed in the branch of JSC “PFOP” “Volokolamskaya printing house”.