Next gear for converting

Located in Northern Italy, Veronapack is a converting company founded in 1989 that started its business producing high-quality partitions in selected corrugated paperboard. »

One of the biggest printing enterprises in the North Caucasus – publishing house “Kavkazskaya Zdravnitsa” has replaced the folder. 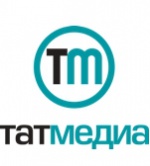 The Organizing Committee of the Open print professional competition "Sanat" and JSC “Tatmedia” has reached an agreement on partnership for the Competition of season 2014. 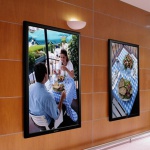 Polyester tape for the direct printing on the ink-jet printers

At present VMG Trade company informs about the line’s expanding of the popular materials for printing.

The Organizing Committee of the Open print professional competition "Sanat" and JSC "TZPK" has reached an agreement on partnership for the Competition of season 2014. The company represents a new nomination "The common model".

A REVO Open House, at GIDUE premises in Florence from 10th to 12th of June 2014, will introduce the REVO Project to the Labels and Packaging market. Live demonstrations of the full REVO process will be performed, with the participation of all the REVO Team Members.

In autumn of 2013, during the award ceremony of the Open professional printing competition “Sanat” representatives of UPM company Mr. Rauno Niemela and Mr. Alexander Borisov handed certificate for visiting UPM paper mill in Rauma to the winners in nomination “The best newspaper printed on coated paper”.

Printing news of the Tula Region

Two years ago the property fund of the Tula Region adopted a draft regulation regarding establishment of JSC “Television and radio broadcasting company RTR”. The printing house “Pechatnik”  became one of the branches of new media holding.

The interest in UV technologies more often attracts additional investments in the development of the printing houses’ equipment.